As with the Canadian monument at Vimy Ridge the Newfoundland Memorial at Beaumont-Hamel somberly memorializes the dead while preserving the battlefield as it was. This is one of the best preserved sections of the Somme and the extensive grounds and its iconic baying elk make it one of the best memorials of the war. The central focus of the memorial is a bronze elk calling in the direction that soldiers went to attack. On the grounds are other British cemeteries and memorials. 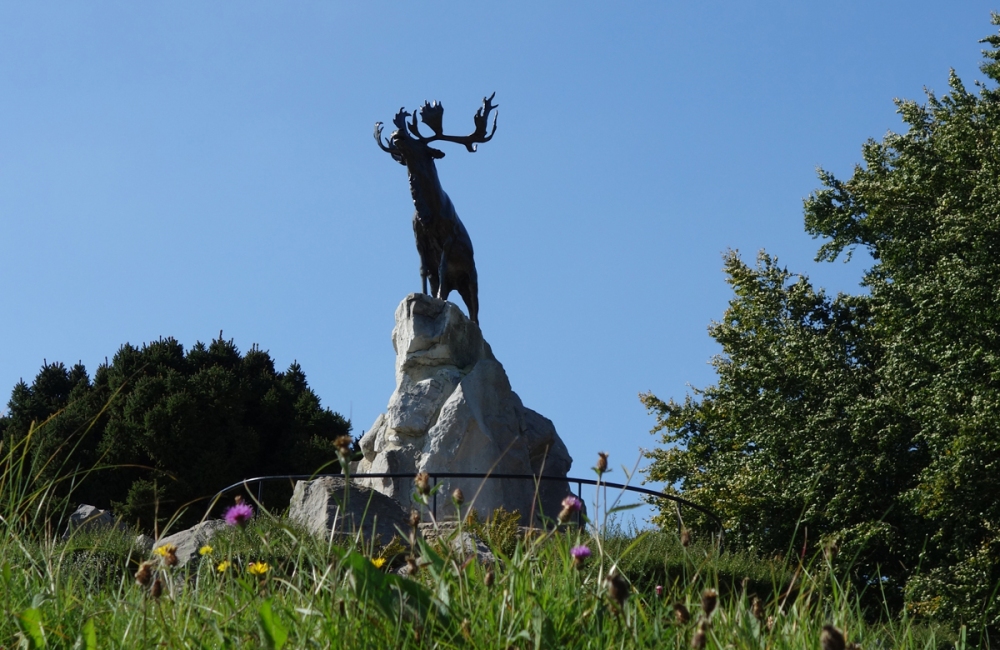 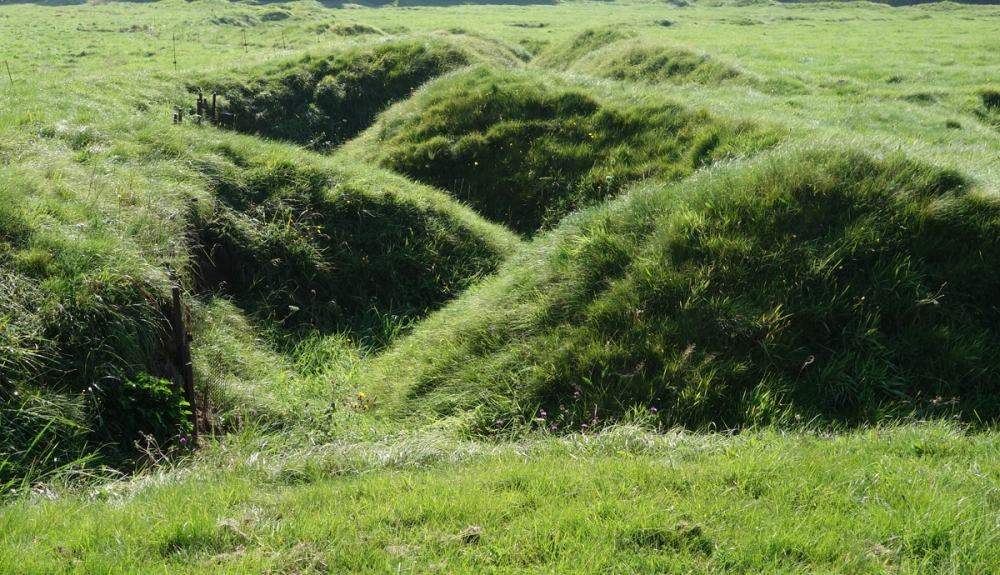 Danger tree, the only remaining tree from the war

The battlefield is still dangerous 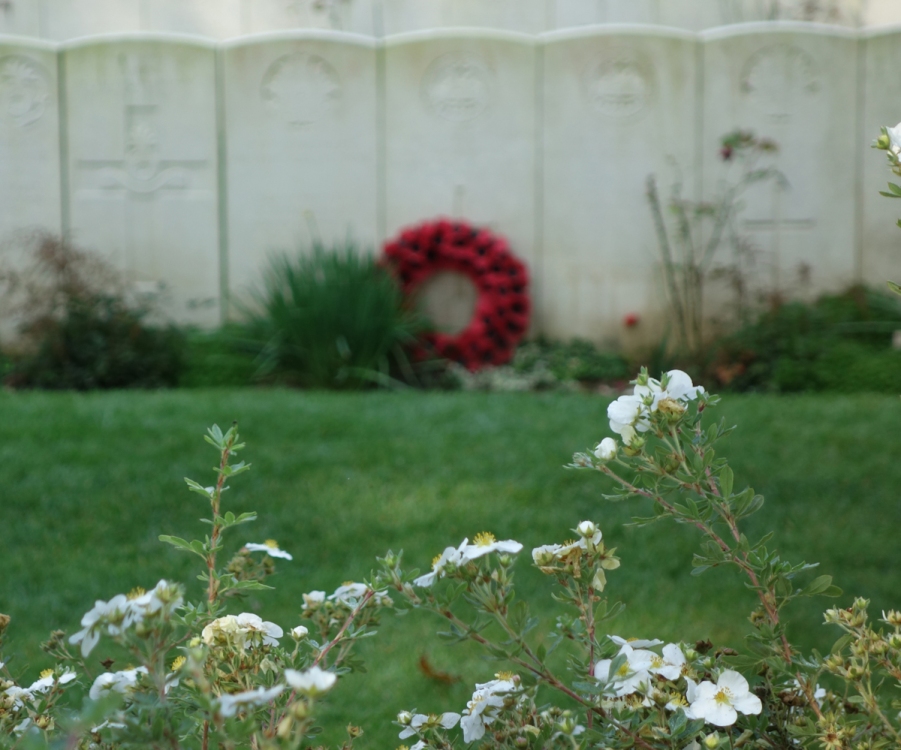 The sheep to mow the lawn 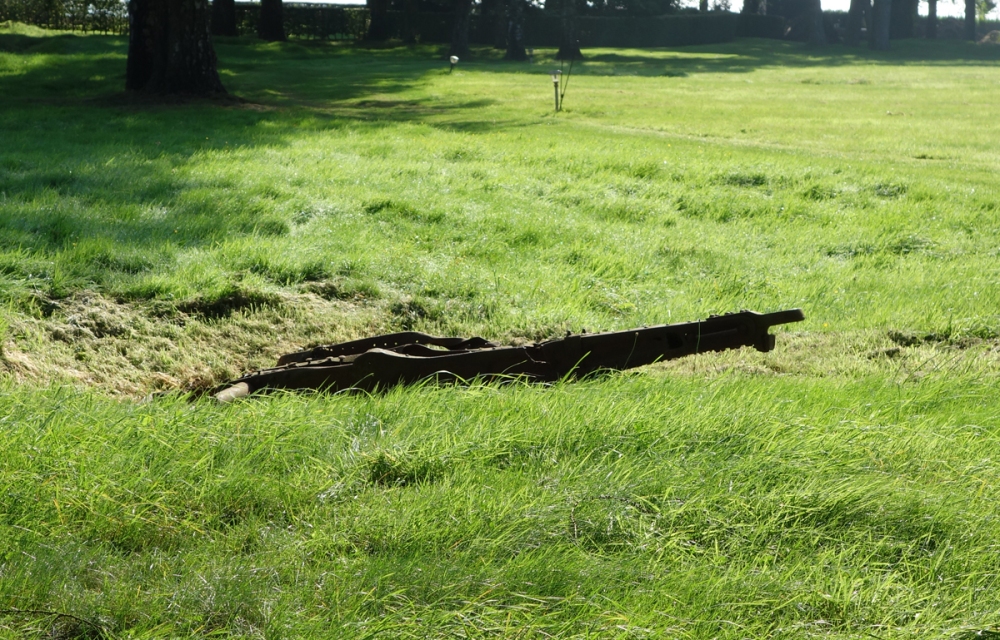 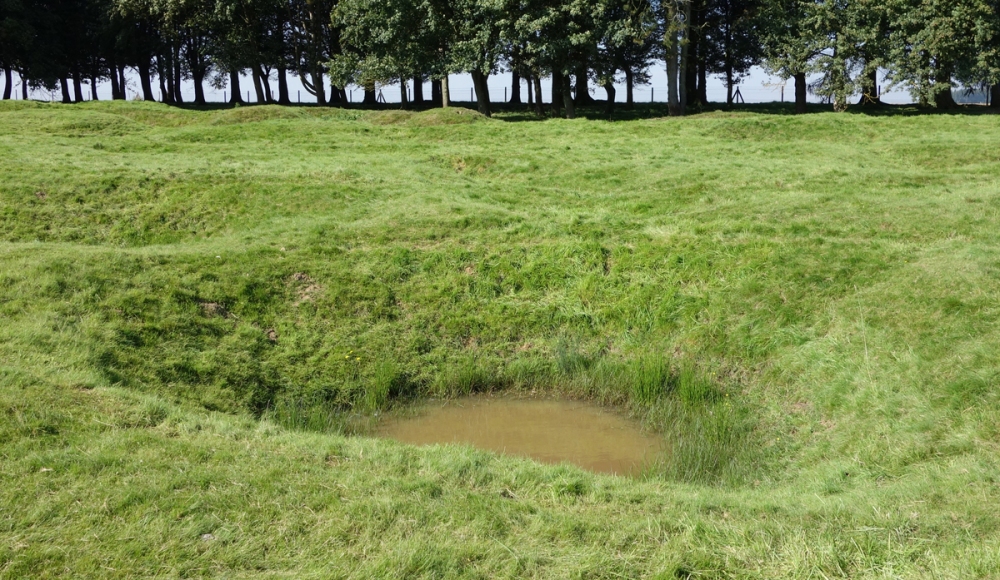 A shell crater filled with water 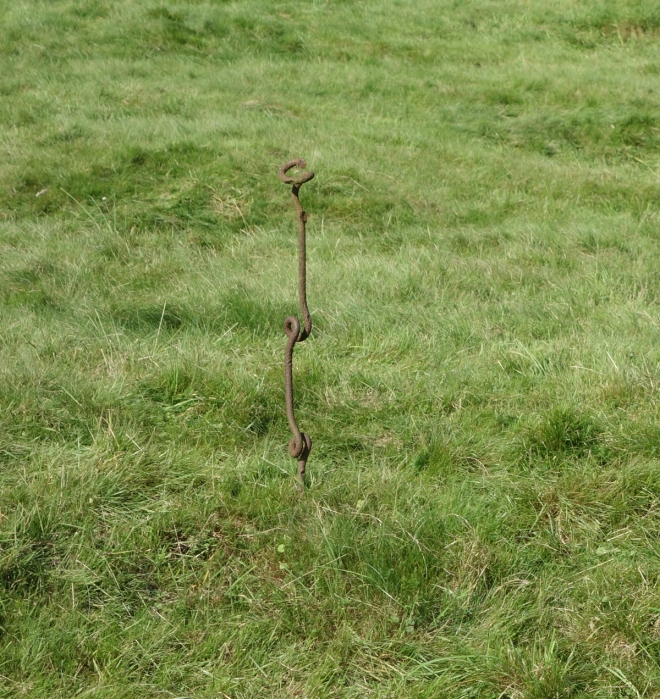 The Thiepval Memorial commemorates 72,000 soldiers who went missing in the battles for the Somme, in addition to 300 British and 300 French graves at the foot of the memorial. The Thiepval Memorial dominates the skyline for miles around and is an imposing building. From a distance I’ve always found it a little bulky, but up close, especially when reading the names, it takes on a more nuanced presence. We must have spent 20 minutes at the monument, not counting our time at the visitor’s center. Again, like so often happened after the first few minutes the quiet of the place took on an all pervading sense of tranquility.

At many of the cemeteries on the trip we saw people looking for relatives. Thiepval was no exception and as you can see in the photos there are people sitting on the steeps looking through the registers. 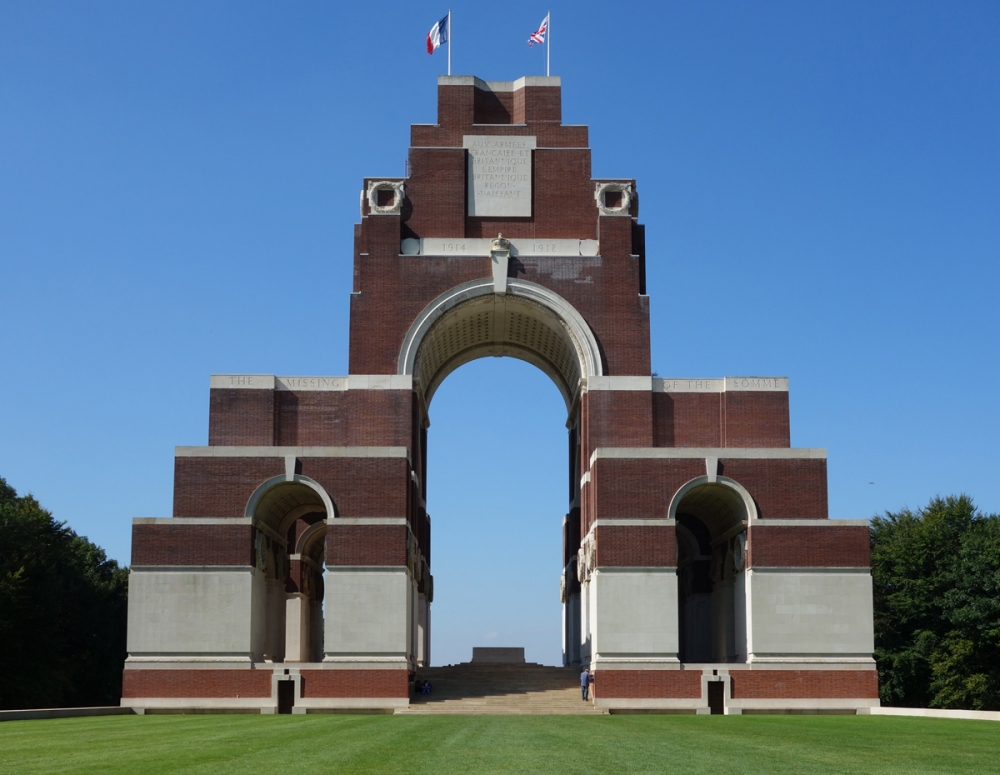 Thiepval: The monument. note the inscription “The Missing of the Somme” at mid level

Thiepval: The Altar in the center of the monument

Thiepval: A family’s remembrance for a missing uncle

Thiepval: Some of the missing

Thiepval: A family remembers a grandfather 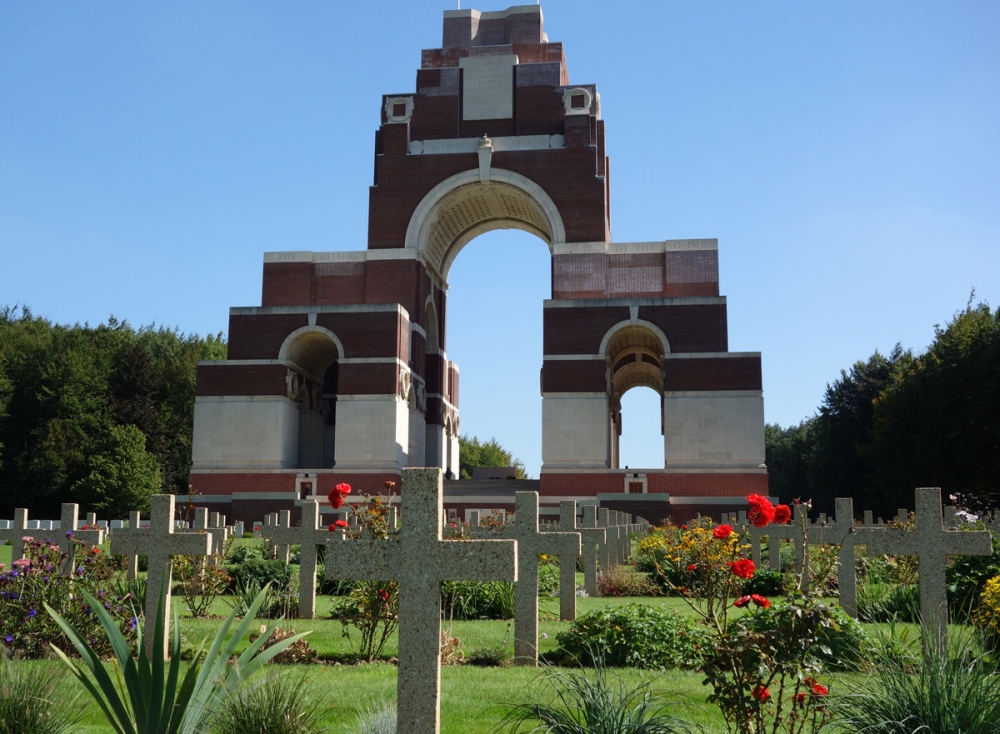 Thiepval: The monument from the cemetery side

Thiepval: Guide to where the names of the missing are located. This is only half the names

This was the last cemetery we visited on our trip. There are 2,800 graves and on the walls are 14,300 who have no known name. 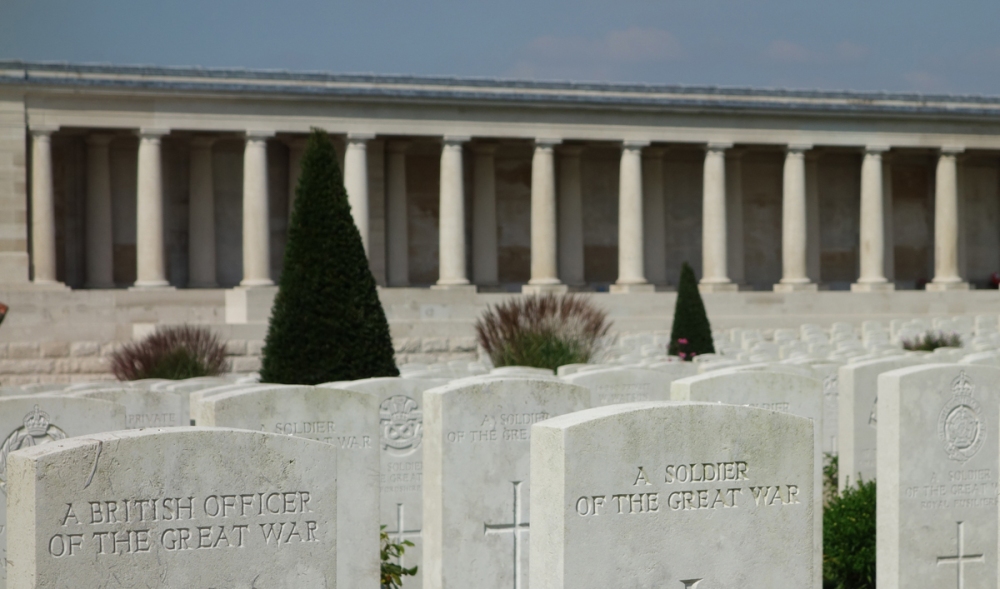 The names of the missing are inscribed on the walls

The Cross of Sacrifice

The following photos are the small monuments we came across as we drove the route. Many of these are small lonely monuments along the side of a road, or in some cases in the middle of a farm field. And a few are tourist traps.

A roadside poppy near the Ulster Tower 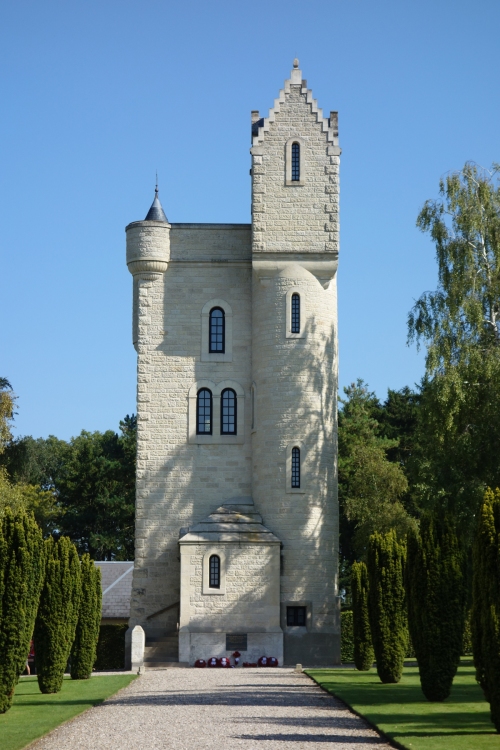 Inside the Ulster tower

Inside the Ulster tower gift shop. They must have a problem 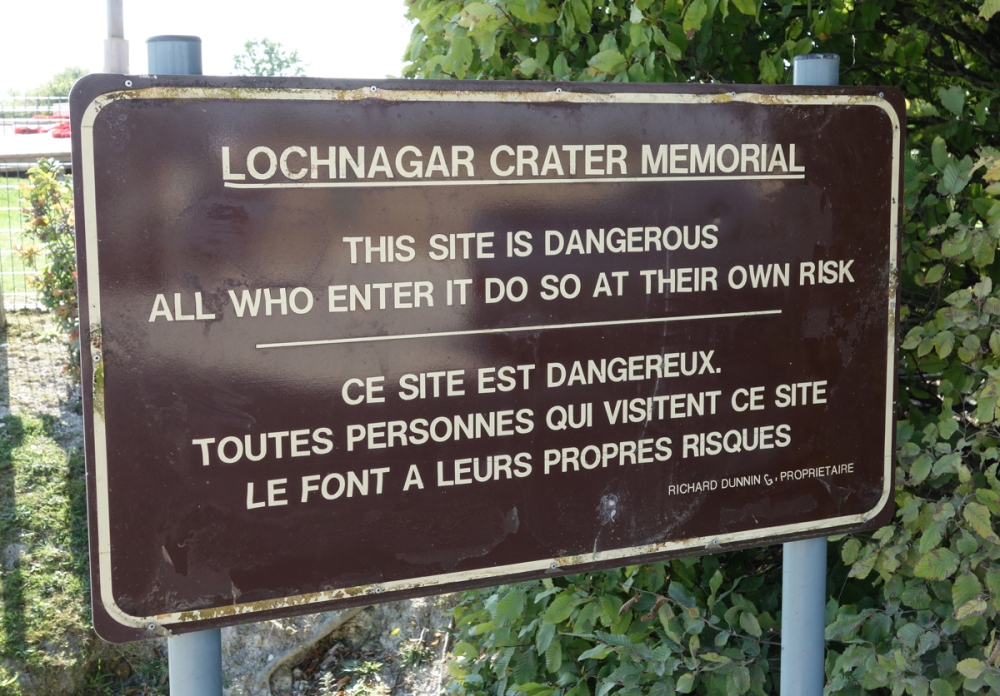 Coffee shop at the Lochnagar Crater

A billboard by the Australian memorial

We stumbled on this cemetery in the early morning of our tour of the Somme. The dew was still on the grass and made for a tranquil start.

The Somme is now farm fields

The Neuville-St.-Vaast German Military Cemetery is the largest one in France with 44,000 graves. At first glance the cemetery doesn’t seem that large until you realize there are four names on each cross. We were the only ones in the cemetery that day. After this we went to Arras another city destroyed and rebuilt. The Wellington Quarry museum is an underground tour through old mines that the British used as barracks and staging areas before the 1917 battles of Arras. Very good museum, but unfortunately you can’t take photos in the mine.

The rare wild flowers in a cemetery 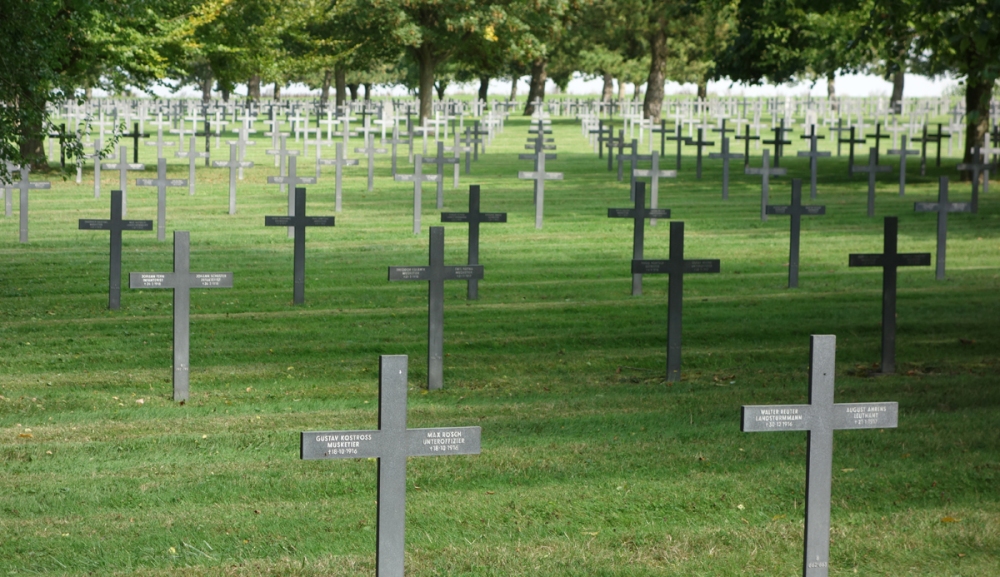 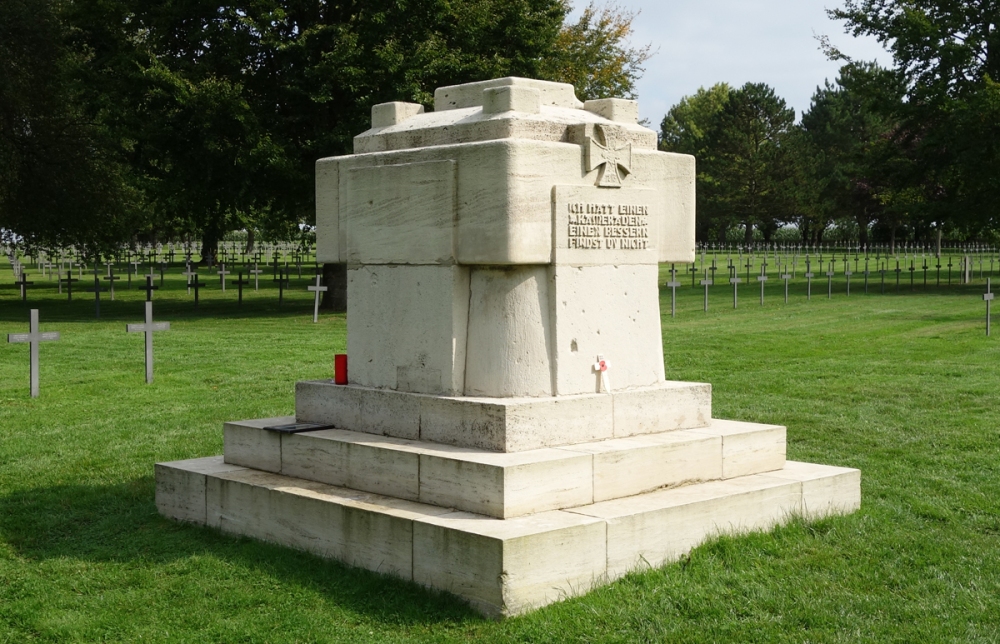 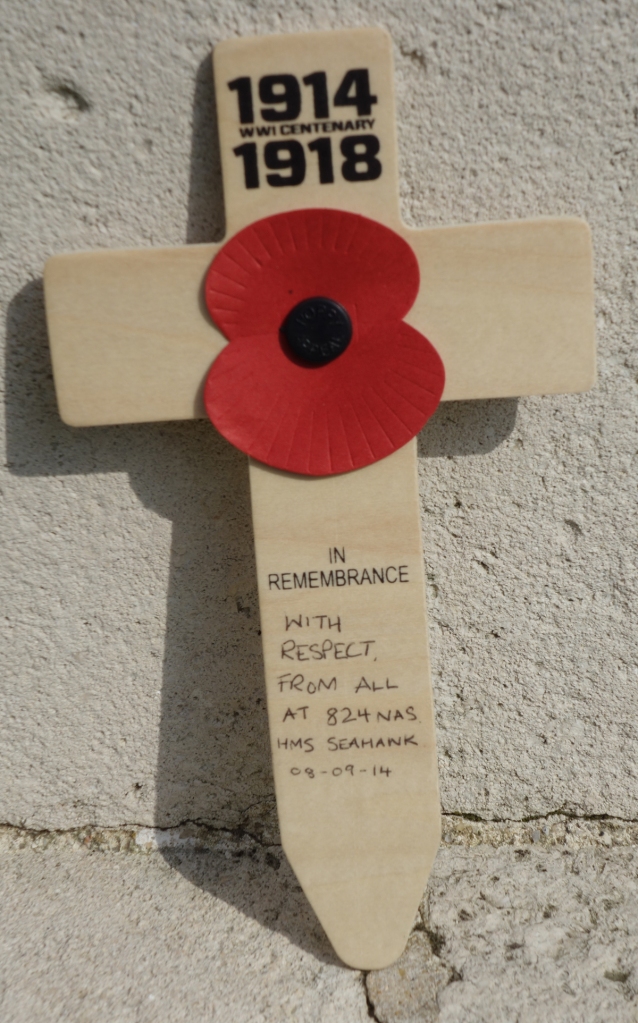 Cross of remembrance from a British naval air station

The Notre Dame de Lorette (Ablain St.-Nazaire French Military Cemetery) is the largest French military cemetery in France. It wasn’t really on my initial plan to visit, but given its location between Vimy and Arras it made for a good stop. Before stopping I hadn’t even heard of the battle of Artois, which says a lot about the futility of the battle.

There are two things that make this cemetery unique. First, there are always four volunteers on staff to greet visitors and assure that there is always someone available for the families. Two stand at the entrance to the church and two stand at the entrance to the ossuary. At first I thought they were there to keep people out, but when they saw us looking at the church they waved us over. They were friendly and mentioned something about the cold. They were quite surprised to hear we were from the United States. I don’t think many Americans pass through there. I didn’t take as many photos as I might have because I wasn’t sure if it was allowed in the church.

The other thing, something I’ve never seen, is there was a restaurant on site. It was full of people and served a good menu of the day. The volunteers ate their lunch their too with a good glass of wine. 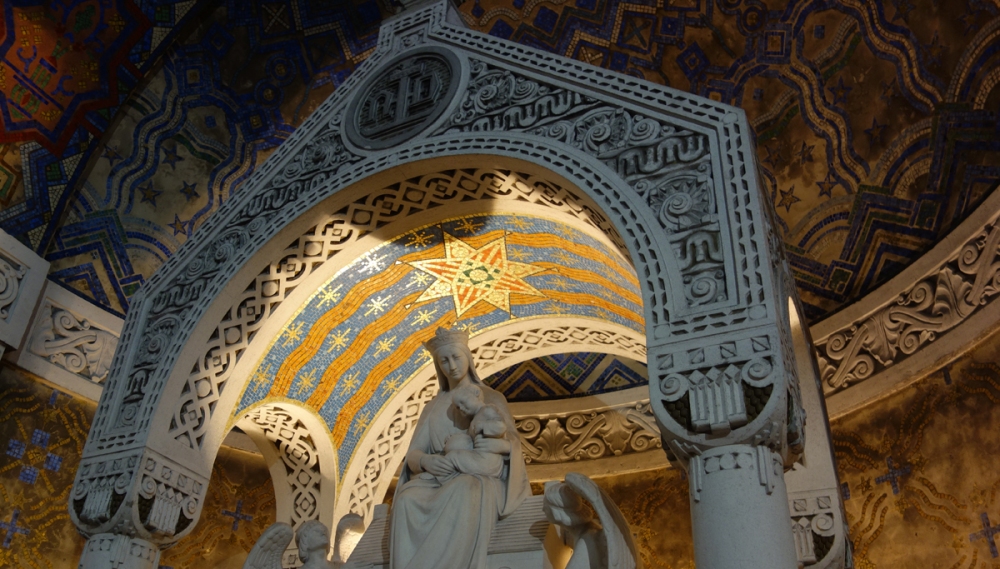 Detail of the nave

The priest who founded the church

The altar of the church

Detail of the dome of the church

The Ossuary with eternal flame at the top 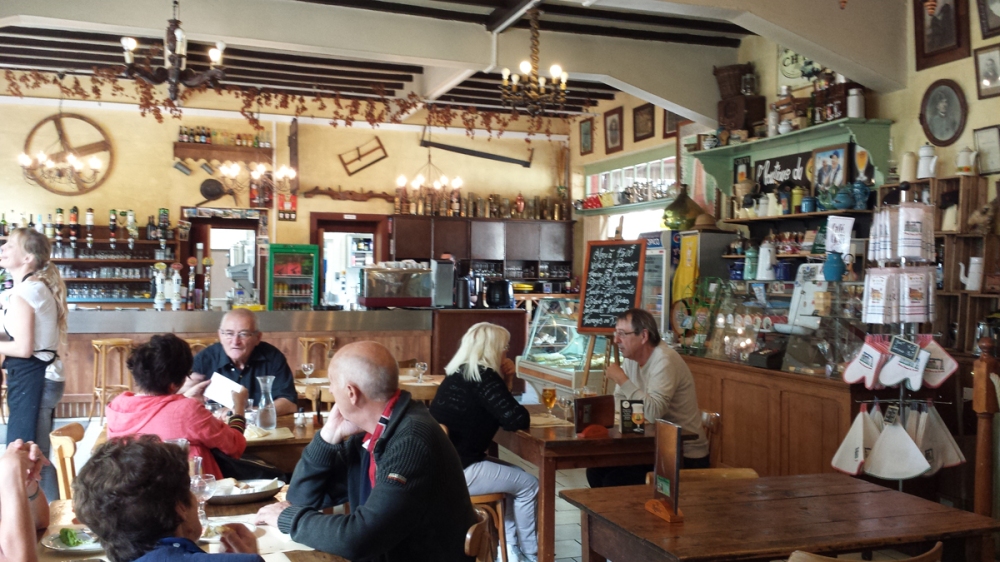 WW I in Photos
Create a free website or blog at WordPress.com.